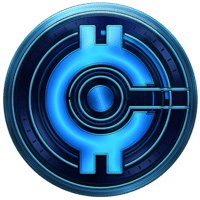 In 2036, the Billiuminati finally took over the world. Most people didn't notice. This group of 13 corrupt multi-billionaires didn't declare themselves world dictators. They were much more subtle. They bought off presidents and prime ministers. They embedded their agents in the cabinets of all world powers. And with this influence, they set about enriching themselves even further. They stifled the supply of food, water, and medicine, sending pricing soaring. People starved from Manhattan to Mumbai, while the Billiuminati fattened their pockets. With people struggling to survive, stuck in the rat race, and barely able to access food or healthcare, there are few pathways to resistance. Only one group stands a chance: The Samaritans. Blockchain developers, degens, and cryptocurrency experts. Silently, in their homes, garages, or cellars, they work alone but towards a shared purpose. United in underground ‘Cybers,’ their decentralized networks have spread over most major cities. With their new currency, $CRYPTO, their plan is to fight fire with fire, creating so much value with the $CRYPTO token that even the Billiuminati will be poor by comparison. As the value of the $CRYPTO token rises, the temptation has been too great for some. These ‘Funks’ cashed out, taking the money for themselves instead of contributing to the cause. But true Samaritans fight on. This war against the Billiuminati has been called the ‘Big Crypto Game’. As a Samaritan, your mi